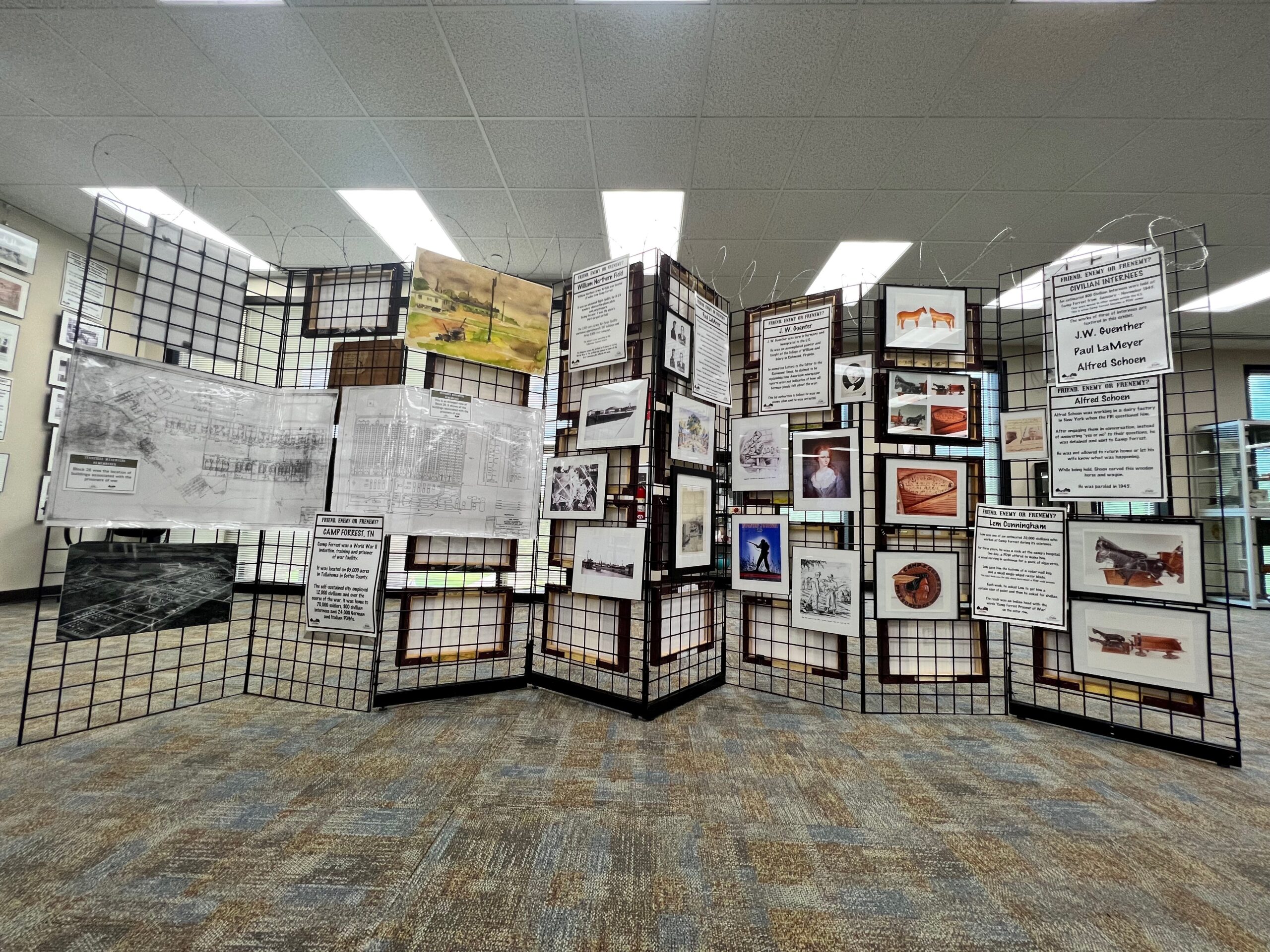 Camp Forrest, located in Tullahoma, Tenn., was the 5th most prominent prisoner of war camp in the United States during World War II. However, many Tennesseans have no idea that it even existed. The camp performed many roles and was not solely used to house prisoners of war. The camp was also used for large-scale combat training exercises known as Tennessee Maneuvers. The U.S Army soldiers were trained to use these maneuvers throughout Middle Tennessee. This training was then brought to Europe to help put a stop to World War II.

The Camp Forrest Foundation’s mission is to educate and keep alive the history of Camp Forrest. Some ways they are doing this are by creating traveling exhibits, lectures and presentations to take throughout Tennessee and eventually throughout the rest of the Southeast.

“One of my goals as a researcher and author of Camp Forrest is to make sure people have a well-rounded knowledge of the camp’s history,” said Taylor.

The exhibit accomplishes Taylor’s vision with artifacts, artwork, photos, and items made by the prisoners on display to give the viewer a better understanding of how Camp Forrest was utilized.

According to the Vol State Calendar, The exhibit is free and open to the public through Sept. 15. During this time, viewers can experience this exhibit on the second floor of the library on campus. Library hours are: