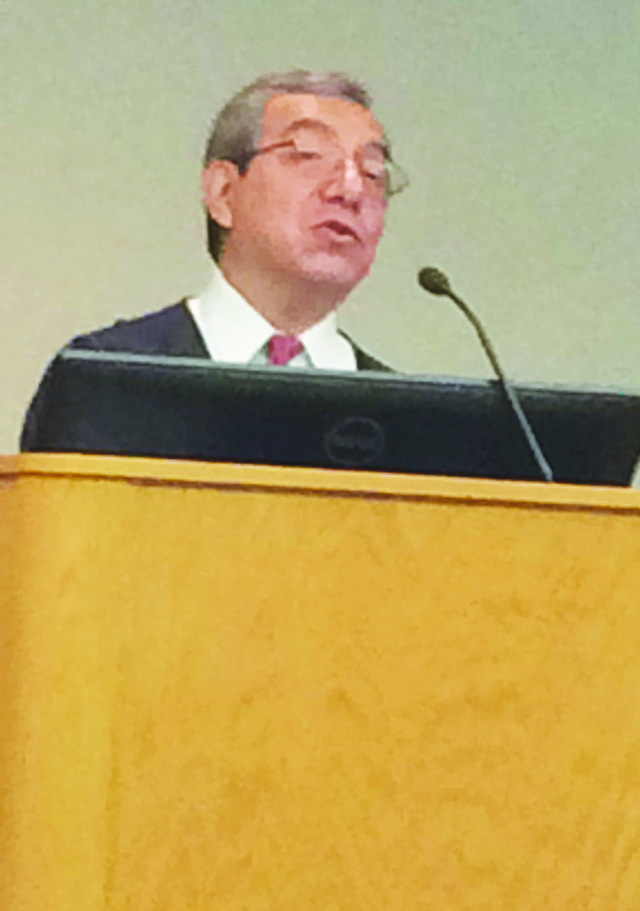 Volunteer State Community College hosted a presentation from the Humanities Matter Lecture series in the Rochelle Center on March 15.

Presented by Dr. Jaime Sanchez, the “Nahuatl Literature and Culture” presentation served to inform students about the Nahuatls a culture of Mexico.

“Most people in [America] have heard of the Aztecs, because that’s the culture that clashed with the Spaniards, but actually the Aztecs were a subgroup of a much larger [culture],” said Sanchez.

As a result, the Aztecs and Nahuatls spoke the same language, which is still spoken by 1.5 million people in Mexico today. The Nahuatl were widespread, inhabiting most of northwest and central Mexico.

While building the subway system of Mexico City, a coincidental discovery of Nahuatl ruins was made. This led to a large scale excavation, with several old buildings being demolished in order to excavate further.

Sanchez, so many artifacts were found that an entire new museum was built to accommodate them. After studying Nahuatl architecture and artifacts, experts came to the conclusion that their culture was relatively advanced.

This was evidenced by mathematical precision, medicinal practices, and complex art.

“They also practiced some procedures like fillings for teeth, and even had treatment for diabetes,” said Sanchez.

Evidence of these medicinal practices is given by the “Little Book of the Medicinal Herbs of the Indians,” a text which was taken to the Vatican during the Spanish Conquest.

Sanchez said the Pope, during the 1970’s, returned it to Mexico as a cultural gift.

Sanchez then proceeded to discuss some of the sculptures, paintings, and other artifacts of the Nahuatl culture, drawing attention to the complexity and intellectual depth of Nahuatl art.

Sanchez expressed his desire to provide clarification in regards to Nahuatl culture and human sacrifice, an aspect of their culture that was not as central to Nahuatl and Aztec society as pop culture has articulated.

Sanchez then concluded his presentation by reading excerpts from Nahuatl literary works. The students appeared to be interested in the content.

Another student, Grace Johnson, commented that although she enjoyed the subject matter, she found the presentation to be less than desirable.

Those who are interested in further presentations from the Humanities Matter Lecture series are advised to stay tuned for further announcements.