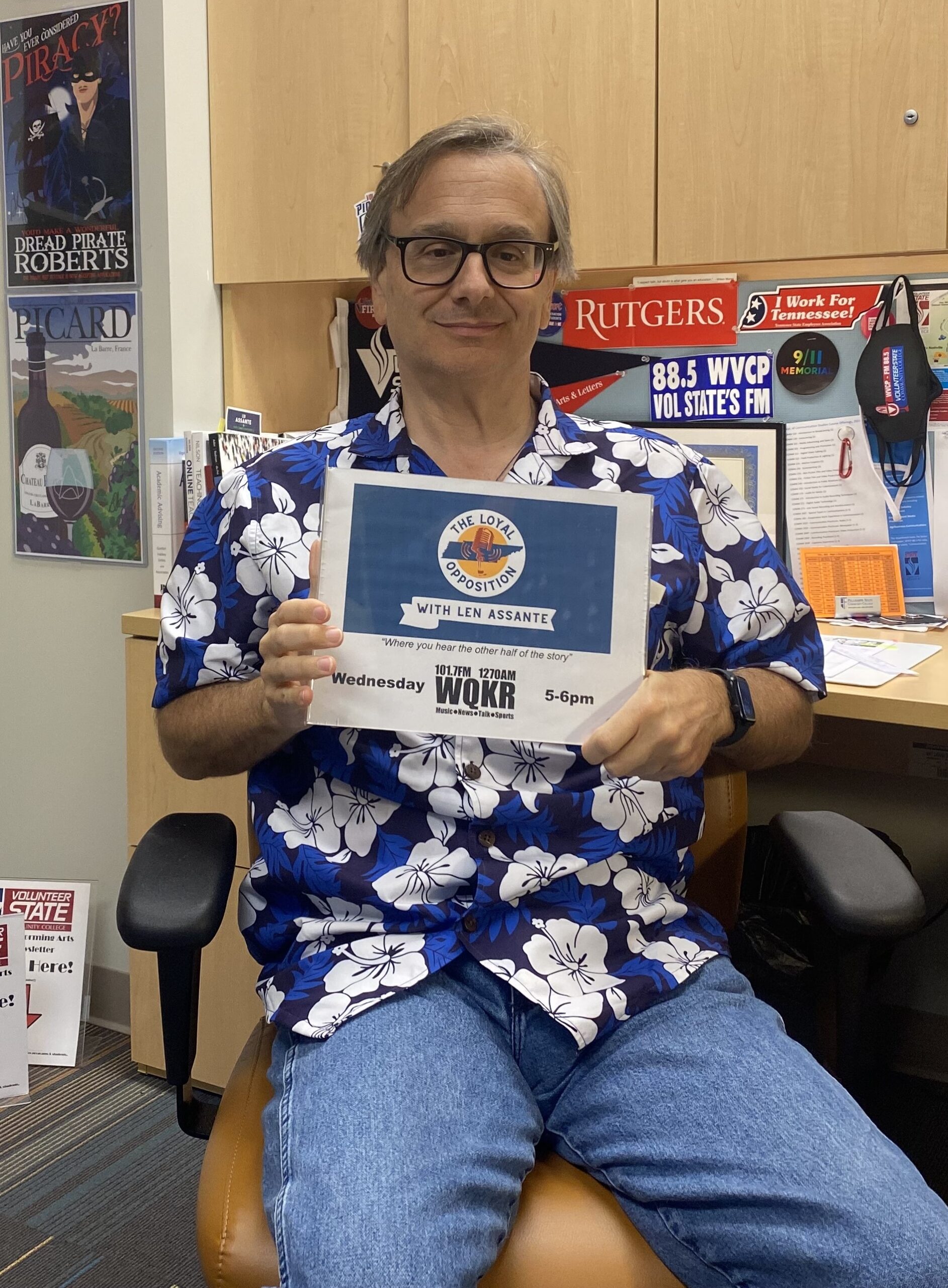 Assante started this radio show only a few months ago, after he had been a guest on Good Morning Portland “several times.”

WQKR in Portland is an AM, FM and online station, which houses the Good Morning Portland show, and The Loyal Opposition. The Loyal Opposition offers a diverse perspective in the political conversation in Tennessee in his hour long show once a week on Wednesdays at 5 p.m.

According to Assante after being a guest on Good Morning Portland, the owner of the radio station reached out to Assante and asked him to hold his own show because he was not happy with the lack of diversity of voices in the media in Sumner County and wanted to change that by giving someone the opportunity to have a radio show that would see things from a different political position than what is commonly seen around Tennessee.

Assante shared he, “Had always wanted to do my own radio show,” and even “Had a vision of what I wanted to do.” and flourished from then on.

The show covers all types of political topics, from local to international issues. His hour-long interviews and discussions offer “some depth to it, backed up with information” when discussing issues and topics.

In The Loyal Opposition’s latest episodes Assante interviewed former Vol State student, Cole Shepherd to talk about Donald Trump’s holding of documents in Mar-a-Lago and military defense which Shepherd had a career in for thirty years. Assante also interviewed Vol States very own Professor Clay Scott and will talk this upcoming Wednesday 21 about criminal justice in Sumner County with another Vol State graduate.

Despite having so many guests from Vol State, Assante made sure to point out he “never mentions Vol State on the show” and in fact is “not representing the college.” Yet he said he would have to “give Vol State a shoutout” so students be on the lookout for Vol States mention.

Assante’s passion for radio was amplified through teaching his media classes, and that for him The Loyal Opposition is “not a job, it’s a hobby.” He uses this platform to offer diversity, and tell “the other half of the story,” “stuff that isn’t normally covered in media.”

Make sure to tune in next Wednesday at 5pm on WQKR to listen and learn about criminal justice in Sumner County.