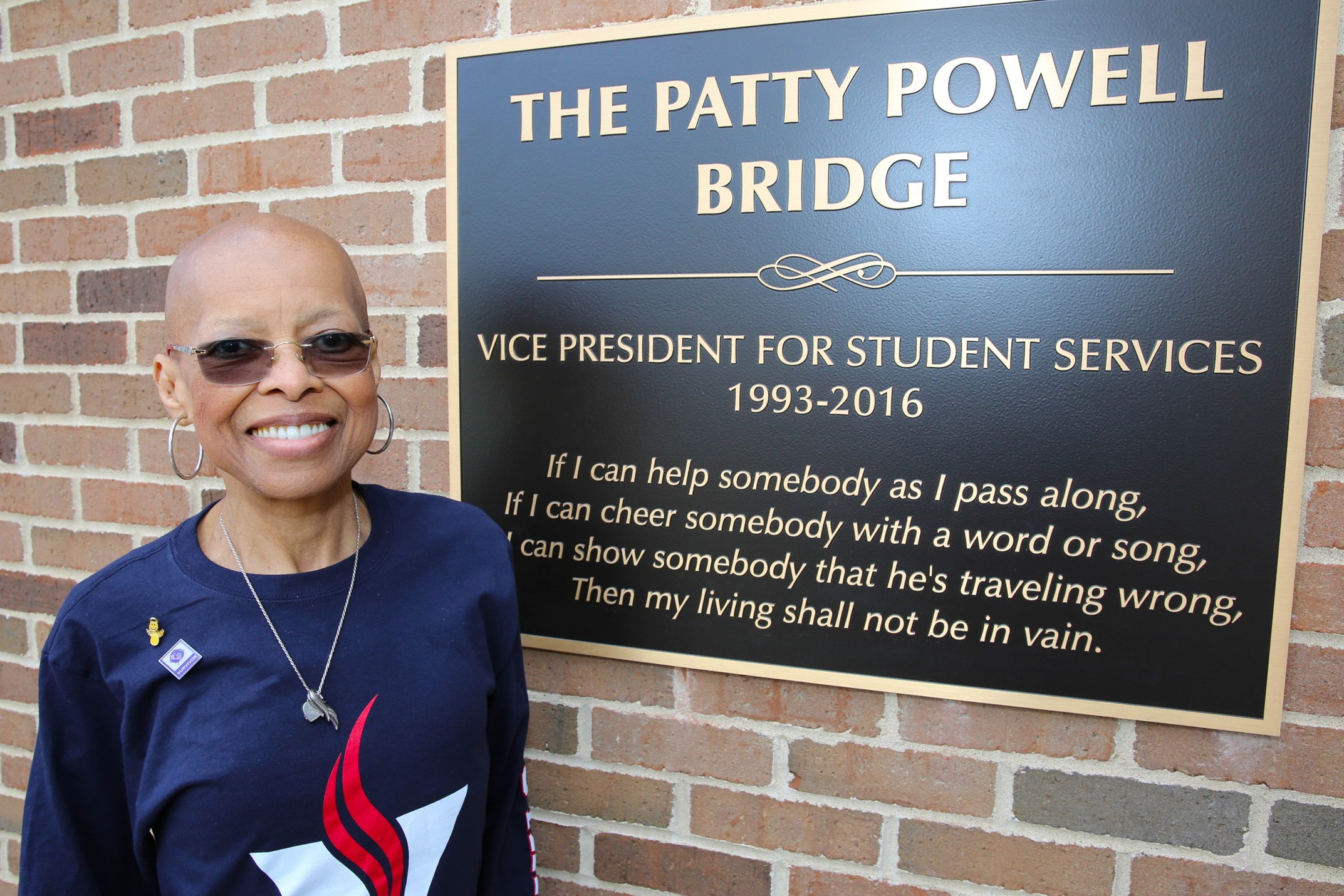 Volunteer State Community College former Vice President of Student Services, Patty Powell, was honored for her years of service for the students by having a bridge on campus named after her.

According to the Volunteer State Website, “The college officially named the pedestrian walkway that connects the SRB Humanities Building to the Wood Campus Center the Patty Powell Bridge, Friends, family, and co-workers gathered for the ceremony. Powell served at Vol State for more than 30 years, retiring in 2016.”

The dedication ceremony took place on “Thursday, April 8 at 1 p.m.  The ceremony was on the bridge on the SRB end. Patty and her family were all present,” said Vol State president, Jerry Faulkner in an announcement email for the bridge dedication.

“Powell began her career at Vol State in 1985 as the coordinator of Counseling,” said Coordinator of Public Relations and Marketing, Eric Melcher in an article on the Vol State website.

“She continued as director of Counseling Services; Dean of Student Services; and then Vice President for Student Services for 23 years. In 2016 the college created the Patty T. Powell Award, given to outstanding graduates who have shown a respect and compassion for others,” he said.

“Student services is the bridge that connects students to the achievement of their academic goals. Patty Powell has dedicated her professional life to helping countless students cross that bridge,” he said.

“One of her most important contributions was being a living example of respect for others. She would frequently tell the staff, ‘all anyone really wants is to be respected.’ Patty not only used those words as a training tool, but her actions matched with that truth,” said short.

On the bridged, a plaque was nailed up in honor of Powell with some of her words inscribed.

“If I can help somebody, as I pass along. If I can cheer somebody, with a word or song. If I can show somebody, that he’s travelling wrong. Then my living shall not be in vain,” reads the plaque.

Published in Editorial, Events and News