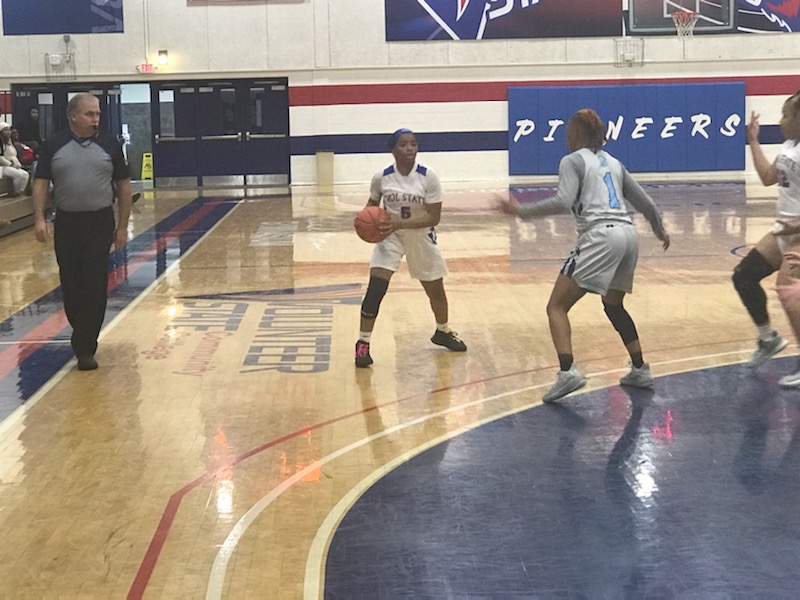 Volunteer State Community College’s basketball teams resumed play at the beginning of the new year. While the men have been able to play almost all of their games since the turn of 2022, the women have not had the same fortunes.

“It’s really tough because you practice, you know, for the game and then when it gets called off it’s like ‘oh well you just did all this work for nothing’ but from my perspective, I look at it as extra time to practice because those games usually get made up, but this is more practice time in the gym to get better,” said forward Maidra Treece.

The men have only had one postponement this far into the month, and in the other five games have gone 2-3. Their two wins came against Chattanooga State Community College and Jackson State CC.

In fact, Vol State has been without head coach Rusty Melvin for the last three games due to double pneumonia. Assistant coach Adam West, father of point Peyton West, took over the team for the stretch of January 12-22.

“All three games with Adam [West] as coach we played them down to the end, we were very competitive and he did a great job keeping the team together,” Melvin said.

“I think everything overall. Right now we’re doing a better job defensively from where we’re at, we could do a much better job rebounding, I’d like to see us do a much better job scoring quicker and just becoming more solid overall,” womens’ head coach Otis Key said of improvements he wants to make for the last few games.

Next up, the men have a home game against Dyersburg State CC Wednesday, January 26 at 7:30 pm. The team closes out its January schedule on the road against Motlow State CC.

For the women, the schedule is the same, but the games are slated for earlier start times. Both teams have six games remaining in February, which will close out the 2021-22 Vol State basketball season.