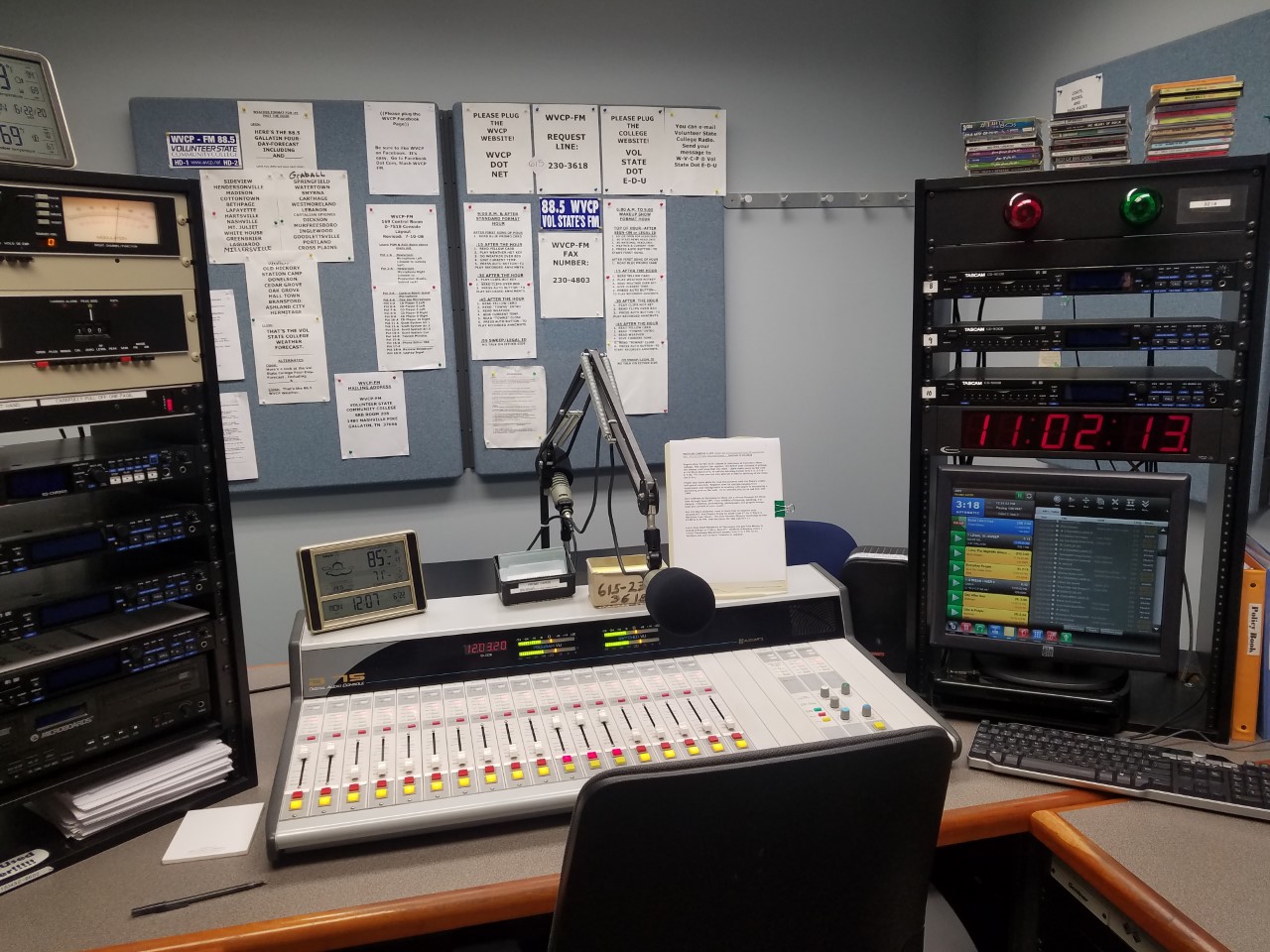 A new track to the Entertainment Media Production Program, or EMP, at Volunteer State Community College is setup to help those wanting to get into the business of working with one’s voice. Dianna Monk, who is the General Manager for WVCP which is Vol State’s student radio station, and an instructor for the Communications department, is excited for this change to the program.

“Media is constantly changing. That’s what makes it immediate and exciting. Social Media and streaming, combined with so-called “traditional media”, make a formidable team and radio and podcasting are certainly an active part of it! As a Marconi-winning broadcaster who also worked as a video journalist for Patch in Atlanta, I have seen the evolution firsthand,” Monk said.

The courses being added under the Digital Radio Media track are the Radio Promotion and Programming course and the Radio Production course. Both courses will begin being taught this spring, 2021.

“I think it is an exciting addition because it allows us now to make the capstone class have more variety and have more availability and it keeps the program unique amongst similar programs in the area,” said Steve Bishir, Director of the Entertainment Media Production Program

“The Radio Promotion and Programming course will give those who want to promote [those products] guidance on what audiences they should target and what they can do to reach them,” said Monk.

In addition to those two courses, Monk has been teaching the new Announcing class this fall, which is aimed at training talent for performance on the radio, TV, podcast, and commercial productions.

“Students get hands on training in the studio and can put together a demo for prospective employers. They also are taught what federal rules and regulations they need to follow when they’re on-air and why they need to follow them,” Said Monk of her Announcing class.

Published in Life, News and The Latest Issue