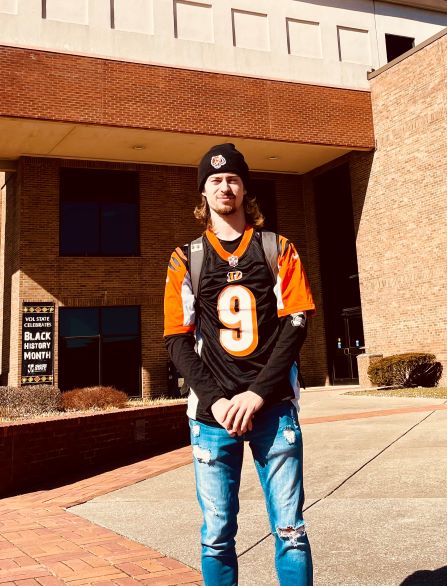 The 2021-22 Super Bowl will be in Los Angeles Sunday and several students at Volunteer State Community College have plans.

Danny Harrington, Cade Merryman and Haider Naqvi each plan on watching the game with friends and family over the weekend.

“Yeah, I’ll probably have a Super Bowl party at my house with a couple friends and my dad and eat some good food,” said Harrington. “I’m not really a fan of the Rams or the Bengals but I’m still going to watch it. I’m there for a good game basically.”

When asked who they were rooting for, 28 of 50 randomly polled Vol State students said they are hoping for the Cincinnati Bengals to win Sunday. These students cited the Bengals’ 30-year SuperBowl drought as well as quarterback Joe Burrow as the reasons why they picked Cincinnati over Los Angeles.

“This year honestly I might probably end up watching it with my buddies or something, have a little get-together, but I’m definitely hoping Joe Burrow pulls out with the win,” said Merryman.

The remaining 22 who chose the Los Angeles Rams cited quarterback Matthew Stafford as their primary reason for choosing the Rams. Their claim is that after all his years in Detroit, he finally deserves his first SuperBowl title.

But it’s not just the SuperBowl that brings students together. For Haider Naqvi and his friends, every year during all the rounds of the NFL playoffs they have parties and watch all the games.

“We do the playoffs too, we do all the playoff games like when the Titans lost to the Bengals,” said Naqvi.

But this weekend, he, like many other students, will be hanging out at his friends house when Cincinnati travels to Los Angeles for their first SuperBowl appearance since 1988.