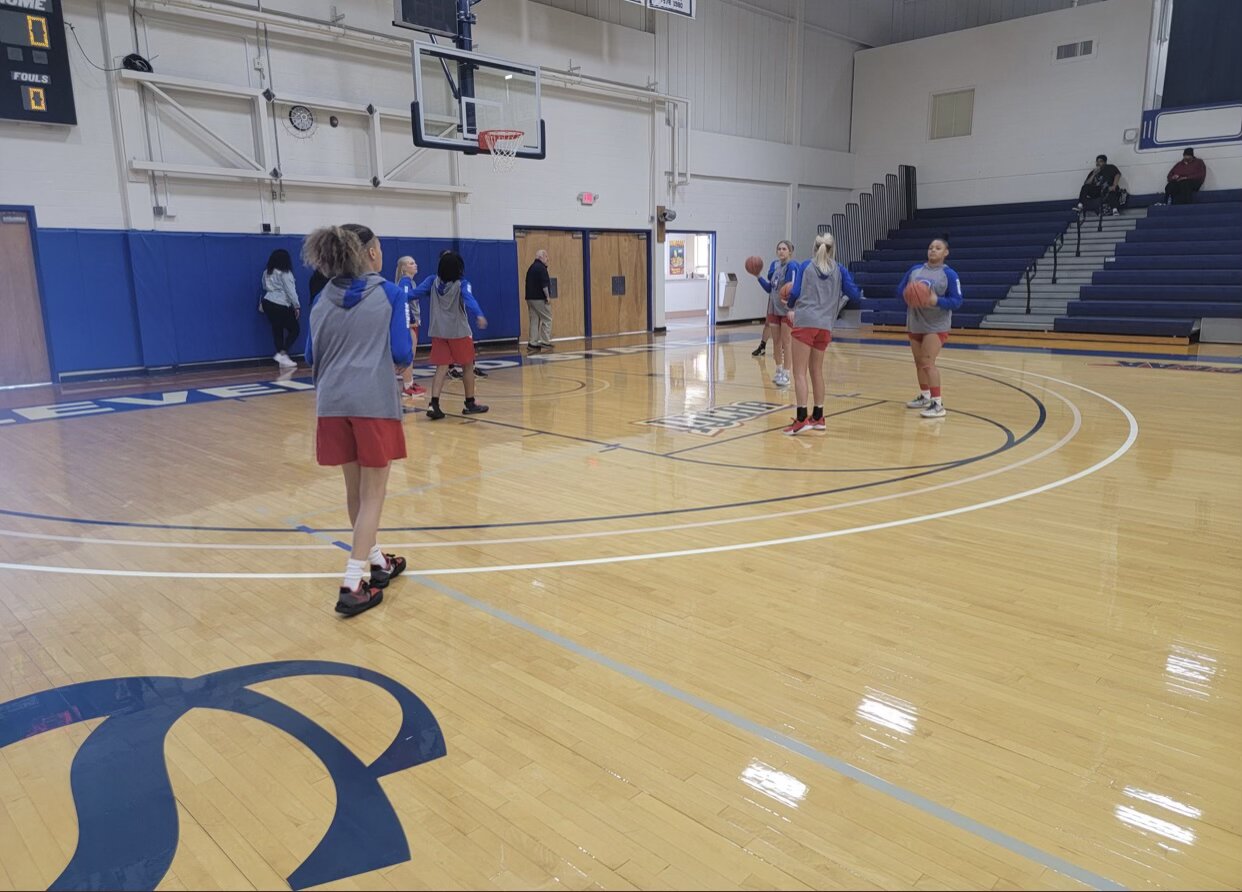 Seven of the nine girls on the team were able to play in this conference game. Previously there were only eight girls on the basketball team but there is a new addition, Caylen Conrad. Conrad plays on the Volunteer State softball team and recently decided she wanted to play basketball as well.

Karmen Drake, a shooting guard, is a freshman who had just recently transferred schools and was not eligible to play in this conference game, nor was she able to play in the game last week.

Another team member dressed out but could not play due to a minor leg injury from the game before. Her name is Miyuanna Cason; she is the Pioneers’ primary point guard.

Haley Davis, a shooting guard, said “ I think we need to start off the game strong and play hard at the beginning of the game. We always play better in the second half, and I think if we play hard coming out of warmups, we will do better.”

Otis Key, head coach, tweeted to Twitter “Being healthy is the first victory, now we need to apply practice lessons, and get the next victory.”

Davis agreed with Key and said, “I hope we come out strong on the 17th and get our first conference win!”

The Lady Pioneers play their next conference game Wednesday, Nov. 17 against Dyersburg State Community College. The game will be held at Dyersburg at 5:30 p.m. Nothing happens if the girls win or lose they just will either rank higher, or drop lower.

The updated schedule can be found on the Vol State athletics website.

Published in Sports and The Latest Issue