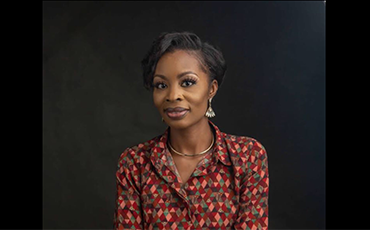 VSCC Alumni: Where are they now?

According to her LinkedIn profile, Akintobi attended Vol State from 2000 to 2002, where she graduated with her associate degree in broadcast journalism.

Akintobi then continued her education at Texas A&M University where she received her bachelor’s degree in broadcast media and Spanish.

Akintobi spoke about her fondest memories while attending Vol State.

“I think a great memory for me was the process of co-founding VISA (Vol State International Students Association), as it was called initially, with my sister Mayowa. It was meant to help foster inclusivity and acceptance back when things were not as they are today. We had a lot of support from students and some faculty at the college and had some fun events. It still makes me really proud to remember us pitching the idea, finding advisors to support, and eventually, holding events that helped the “home” and international student community interact and learn from each other,” she said.

“Interact, be open and be kind to fellow students who don’t have the same experiences or background as you. Ask a lot of questions about everything! If you have the ability/privilege, take a couple of classes that interest you but are maybe a little out of the box for you and your major – it helps you become a bit more well-rounded,” she said.

For students thinking about broadcast journalism it is important to aim for excellence, according to Akintobi.

“I’d say for anyone who wants to go into the broadcast news or TV profession… you’ve got to aim for excellence (you won’t always get there, but aim high always), be teachable and flexible. I’ve been a news anchor, a broadcast project manager, a freelance journalist, producer, a producer at CNN and those things are a constant,” Akintobi said.

According to LinkedIn, Akintobi has been self-producing for CNN since 2017.

Akintobi shared the most interesting parts of being a freelance journalist.

“It is the variety of stories I get to tell, the different people I get to meet. Now I work full-time at CNN International, where I produce TV shows and digital content for their Africa programming. I am based in Lagos, Nigeria, but the content is still the same. I also love learning something new each story I produce,” she said.

“Lamide is not only immensely talented and skilled, but she’s also reliable, passionate and consistent. In the media, creative communications, and broadcast industry, it’s a combination you rarely can expect to come across. I’ve seen her work as an editor, producer, presenter, writer and host and each time I can’t help but draw inspiration,” said Ayẹni Adékúnlé, Akintobi’s mentor.