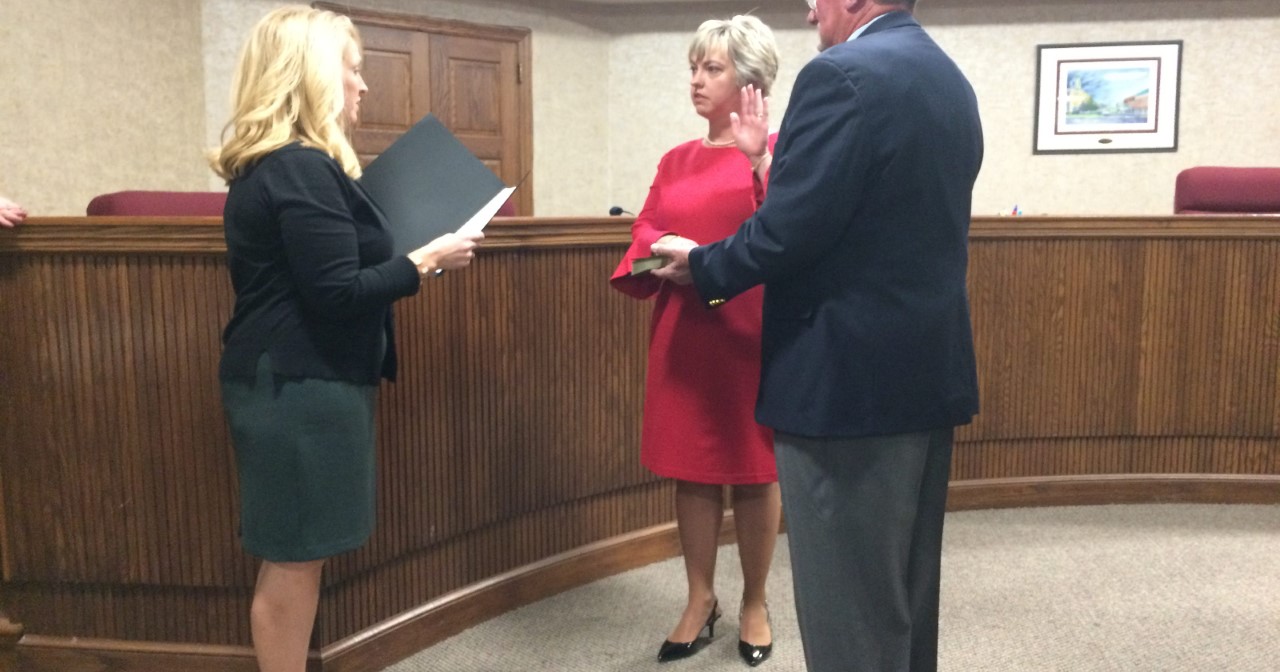 Schneider grew up in Cedar Hill, Kentucky on a dairy and tobacco farm where she graduated from Jo Byrns High School, she said.

According to an article in The Tennessean, Schneider made history because she was elected as the first female mayor of Springfield in 2016.

Currently, Schneider is serving her second term as the mayor of Springfield. Schneider also holds the title of branch manager and Vice President at The Farmers Bank on Memorial Blvd in Springfield where she has been employed for fourteen years.

Schneider reflected on what she finds most interesting about her line of work.

“I feel very fortunate to have the opportunity to work with our business community. I get to work with existing businesses who are wanting to grow by expansion and new businesses who want to come to Springfield. I am blessed to be able to meet a lot of people who are from all walks of life,” said Schneider.

According to Schneider, who pursued a degree in finance, she always knew that she had a desire to help people and wanted to do so in the business world.

“My dreams have changed over the years. As a child I dreamed of helping my community to be better. I was not sure how that would look but it was always my desire,” she said.

Though Schneider did not graduate from Vol State, she continued her education and Western Kentucky University where she earned her bachelor’s degree in financial management in 1997.

Schneider attributes her success at WKU to her time at Vol State.

“VSCC was very helpful in making sure that when I transferred to WKU, all my class would meet my goals to earn a Bachelor of Science degree,” Schneider said.

According to Schneider, who worked full time during the day to pay for her education, she chose Vol State because at the time it was one of the only colleges that offered night classes.

She gave recognition to Vol State for where she is at in her career today.

“My career in politics started over a referendum to build Highland Crest College, where Vol State has classes. I knocked on doors for the college to be built by the City of Springfield and Robertson County. I decided to run for alderman because I knew education could change the future of Springfield. I never dreamt that speech class at Vol State would be so valuable for my future career as the mayor,” Schneider said.

According to Schneider, all her professors helped to mold her education and set her on her career path, but a certain professor gave specific perspective.

“I never realized how my speech professor would help me the most in my future career, as someone who is asked to give speeches on a frequent basis,” she said.

According to Former City Manager Gina Holt, Schneider has many strengths.

“Schneiders strengths are that she is very people oriented and is able to listen before making decisions. She is really a people-person, and she knows everyone in the county, I think. She has an incredible network and has been in a lot of organizations such as Leadership Middle TN where she was a past board member,” said Holt.

Schneider encourages students to never give up.

“I would encourage all students to stick to their dreams and get your degree. It will open doors that you have never dreamed possible. When I sit in class at Vol State, I never dreamt that I would be the first female mayor of my city. You will always experience roadblocks but never give up. Never stop growing and learning after college,” said Schneider.