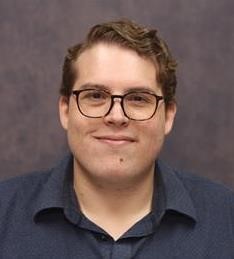 Michael Dove is an Instructor at Volunteer State Community College. The Vol State professor has had an exemplary career path with video editing.

Dove is from San Antonio, Texas, and graduated with an undergraduate degree from the University of Texas at San Antonio, he then moved to complete a Master of Fine Arts degree at Lipscomb University in Nashville.

When asked if he has always wanted to be a video instructor, his response was to the point.

“Maybe not always, but I have always been intrigued by the ways people interact and learn,” said Dove.

Before becoming an Entertainment Media professor at Vol State, Dove was enjoying his career as a freelance video editor where he worked on a wide range of projects. He went from feature films and commercials to reality tv shows.

What brought him to Vol State to become a professor for Video Film Editing was a man named Steve Bashir, the Director of Entertainment Media in the Humanities Department.

“I had heard that he was doing exciting things with entertainment media here in Gallatin, Tennessee, and when I heard about the job opening, I jumped at it,” said Dove.

Dove has worked for Vol State now for over a year in a full-time capacity and overall likes his job as a Video Editing Professor.

“It’s great. With my students, I get to explore new and interesting developments within the film medium and helping a student reach that ‘a-ha’ moment of realization for a difficult concept is very fulfilling,” said Dove.

His teaching style is nothing out of the ordinary. He likes to teach the hands-on and interactive method, adding that those ways are the only ones to be able to learn the craft of film editing.

When students walk into his classroom, he expects them to take what they are to do seriously.

I know there are a lot of things competing for their attention – at home, at work, even in other classes, but one of the first things I tell my students is that the first page in their portfolio begins here. If you want to be successful in an industry that’s famously difficult to break into, you have to take it seriously right from the start said, Dove.

His favorite part of the job is when he gets to work with hands-on equipment. The worst part of his job is when he has to do the inventory because there is a lot of equipment that has to be used. Dove has to keep up with who has it and when it enters and exits the storerooms, which becomes stressful.

Recently, Dove made a major accomplishment when two of his students interned and worked on hiring film materials for Captain D’s to give its videos a little update in an attempt to catch the eye of a possible future employee for its company. Although he was a part of the project, Dove gives most if not all of the credit to the two students who did the most important part.

“Captain D’s was looking to update some of their corporate videos for hourly and managerial job descriptions as well as to try to capture the corporate culture inside the restaurant for prospective employees. They reached out to us to potentially form a partnership to produce those videos with student involvement, and we jumped at the offer. The accomplishment really belongs to the two students, Landon and Dalton, that we highlighted in the email blast. They interviewed for the job, developed a plan, and executed that plan across four shooting days. I supervised throughout, but the finished product is really their own work”, said Dove.