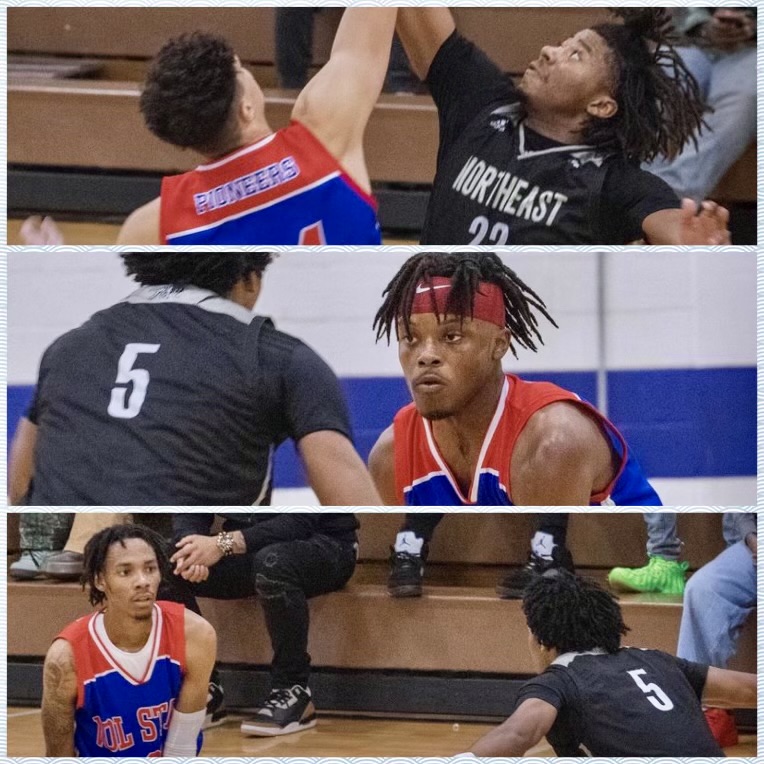 The Volunteer State men’s basketball team has started the week of their regular season games. The Pioneers are three games into their season with a record of (0-3) but they are not struggling on offense. Through their first few games, the team has averaged a combined 76.7 points per game on a shooting percentage of 47.5. The prior season, the men’s team averaged 65.3 points per game in their first three games.

Volunteer State played at Gadsden State Community College with an outcome of 87-73 loss for the Pioneers. Unfortunately, the leading scorer for the past two seasons, Terrance Cross, was out due to a sprained ankle injury. “I held him out because he wasn’t a 100 percent… so that hurt us because he handles the ball and has been our leading scorer,” said head coach Rusty Melvin.

Terrance Cross played against Northeast Mississippi in the home opener and played a total of 19 minutes. He put up four shots and had a total of five for the full game.

“It’s the first game, it’s the first time we actually got to compete against someone else in an official game setting where we had refs, and shot clocks, and everything like that, the biggest thing is staying positive and building off what we have… it’s a long season we got 24 games, just stay positive throughout the season,” says sophomore point guard Jaylan Clemmons.

The home opener was a high scoring battle against Northeast Mississippi Community College. This set a tone for the Pioneers season in the 91-81 loss because of the challenge of their opponent. “This team Northeast was preseason ranked 21 in the country; they were 24-6 last year, two years ago they went to a national tournament… this is gonna be a big challenge because they are one of the best teams in the country,” said head coach Rusty Melvin.

Two players on the Vol State team fouled out, Mike Wallace and Zivko Damjanovic. After conceiving five personal fouls. Both players combined for 26 of the 81 points scored against Northeast Mississippi Community College.

“I try not to let certain small stuff get to me to where I show emotions that shouldn’t be on the basketball court,” said wing Mike Wallace.

The Pioneers lost their rematch to Gadsden State on Nov 7. by a score of 80-76. In the last minute of the second half, the Pioneers gave up a fadeaway three point shot that put Gadsden State up that Vol State couldn’t keep up with.

The men’s basketball team increased the roster size from 13 to 17 which includes eight freshmen.

“Some of my freshmen are playing, I have some young kids here practicing but they are just gonna practice and tryout next year, I hope my freshmen will step up and become the best players on the floor, and then they will make my freshmen class very solid,” said Melvin.

The Volunteer State Community College men’s basketball team is still looking for their first win of the season, the schedule for the month of November (* – home games):